22-24 June 2016 - From 22 to 24 June Munich Aerospace welcomes scholarship recipients and invited guests from science and industry to a three-day Summer School at Lake Ammersee. In keeping with the title Flying Robots – Concepts and Challenges of Aerial Autonomy, contributions from different fields will examine the key topic Autonomous Flight.[ more... ]

This year the international network RLS-Sciences (Regional Leaders Summit), which has been co-ordinating the exchange between Bavaria and Quebec, Upper Austria, Shandong, Georgia, Sao Paulo and Western Cape since 2002, will be represented by 14 scientists from these six regions.

Since formation of the association in 2010, this year’s Summer School is the fifth retreat event organised by Munich Aerospace. Initially a network meeting for the association’s initiators, now also interested industrial representatives participate increasingly in the annual event. After last year’s key topic Space Debris, in 2016 the event series focusses on a specific subject for the second time. If you are interested in attending please register here. 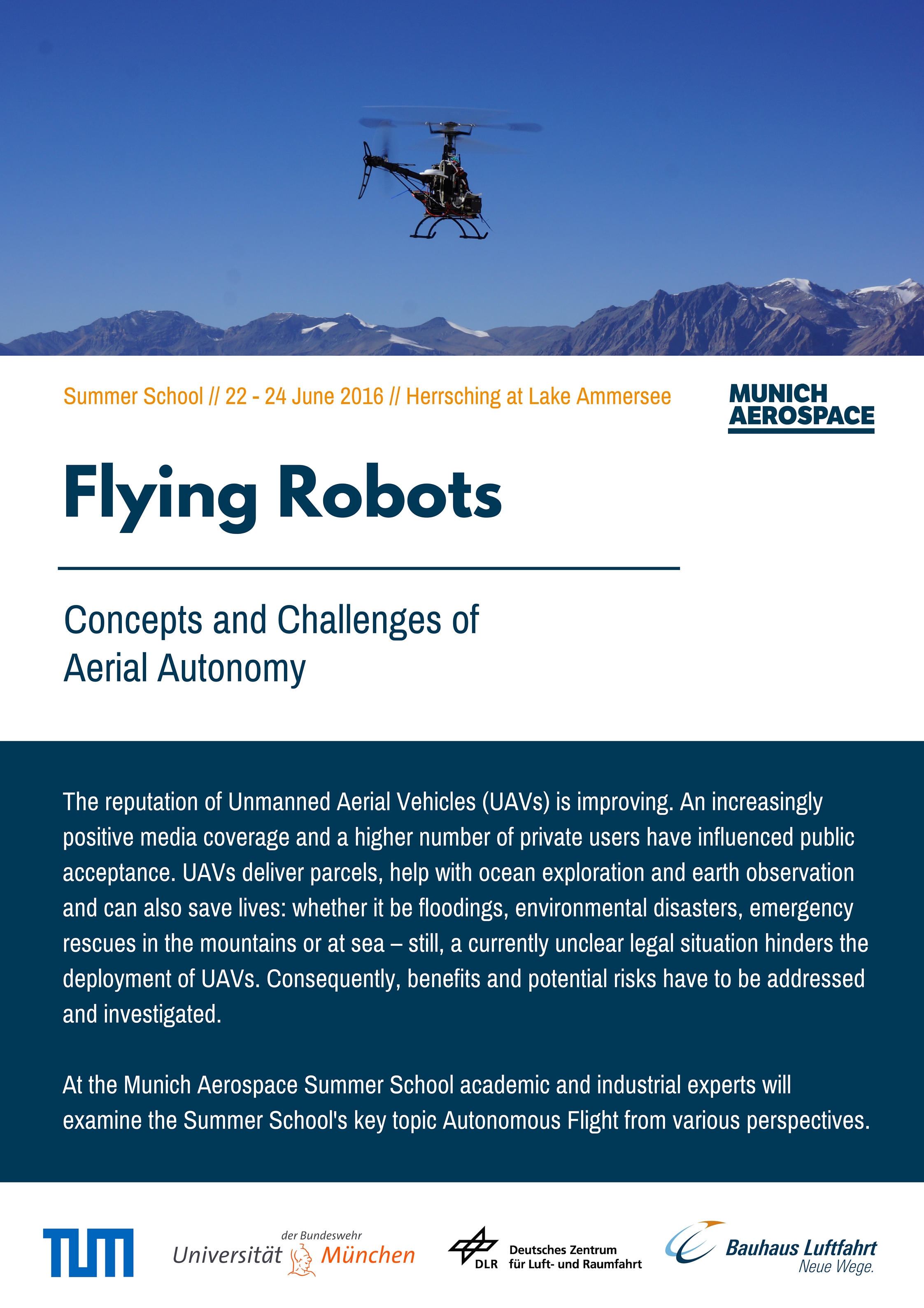